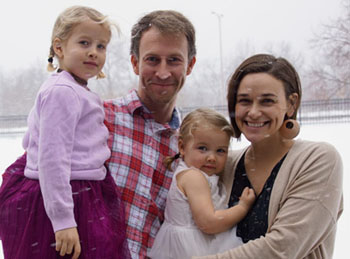 In preparing for our recent issue devoted to grammar, I watched an hour-long documentary recommended by a colleague, Grammar Revolution, a well-done “indie” that investigated the debates among academics that contributed to the demise of formal grammar teaching. I was surprised to see segments with Lisa VanDamme, founder of VanDamme Academy (VDA) in Aliso Viejo, California, and the mother of a recent student of mine. This led to the discovery that the documentary was conceived, produced, filmed and directed by two teachers from VDA, David and Elizabeth O'Brien. I was intrigued – two elementary teachers put this together? I smelled a good story, and was not disappointed.

David and Elizabeth are adventurous spirits. “Fun” ideas not only attract them, but lead them to action. What they find fun is exceptional. They graduated from The University of Wisconsin-Eau Claire with degrees in Philosophy and Education respectively. After a summer’s work at Glacier National Park in Montana, they decided to tour the country. They had discovered some lectures on the philosophy of education by Lisa that impressed them, so they reached out to see if they could visit her school. They stayed several days, before continuing on their way. When they were in Florida, they got a call from Lisa asking if they would like to teach for her. “That sounds fun,” so they did. 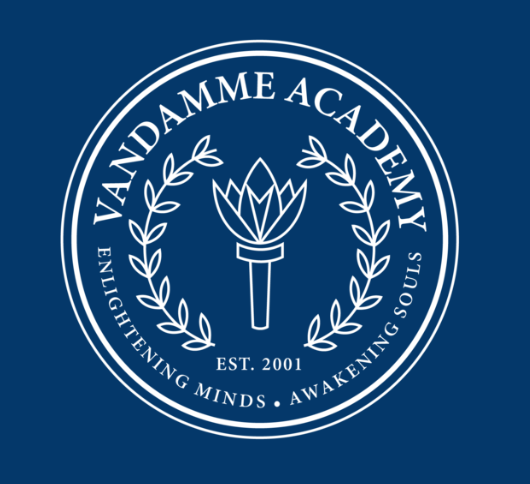 During college, Elizabeth had discovered that grammar is fun; at VanDamme Academy, she found that teaching grammar to students is also fun. Elizabeth’s answer to why she is so passionate about grammar is, “I love grammar because I used to hate grammar.” Elizabeth had little exposure to grammar during her K-12 years. It mainly came up in high school, when composition teachers would speak of things like “verbals” and “adjectival clauses” as though students should know, but she didn’t even know what verbs and adjectives were. Her ignorance made her feel embarrassed and frustrated when she tried to explain grammar concepts to ESL (English as a Second Language) students. So she took a grammar course from an excellent professor who showed her that grammar makes sense, and that sentence analysis, aided by diagrams, becomes a fun puzzle exercise.

In 2008 she began sharing with other teachers her joyful, logical, puzzle-ing approach to grammar. Over the years she has served hundreds of teachers through her Grammar Revolution site. Most teachers of grammar expect students to memorize by rote and to learn pattern recognition for the sake of completing worksheets and passing quizzes. Elizabeth believes that diagrams lead to real learning and effective teaching. Diagrams help students visualize the logical connections among the elements of a sentence. Diagramming makes grammar meaningful for students, and makes them more active. They learn to attack a sentence as a whole, deconstruct it, recognize that nouns do noun jobs, and then that other groups of words can also do noun-jobs. David likened normal grammar worksheets to “those blank maps of the US where you learned to fill in the names of states. That doesn’t last. But if you were challenged to describe the shape of each state, you might remember it better.” Elizabeth pointed out that teaching grammar in connection with diagrams forces teachers to proceed in a logical, hierarchical order.

David’s journey into grammar began with teaching at VDA. “Learning grammar while teaching at Lisa’s school was eye-opening, a revelation! While I was studying for my philosophy degree, I fancied myself a word-smith. Looking back, I realize I was just cramming words in that sounded good, but the papers were really unclear.” David’s teaching of grammar became practically fruitful for him when he entered law school. He aced the Legal Research and Writing diagnostic quiz! A couple of internships during law school convinced David - “prematurely probably” - that it wasn’t going to be the right kind of fun for him; on the other hand, teaching philosophy and law at a classical high school – “Now that is fun!” 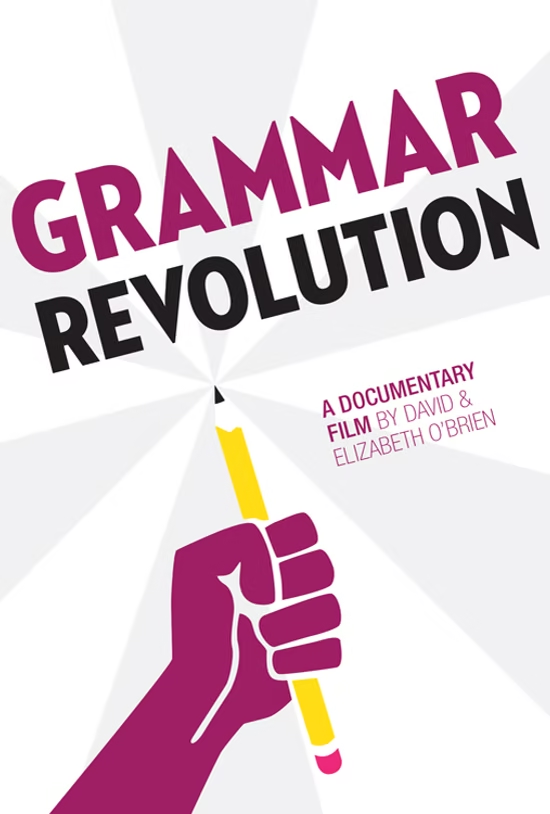 David had long been interested in another kind of fun – making a movie. Elizabeth suggested that grammar could provide an exciting movie topic. David agreed, and he was especially interested in further exploring ideological conflicts within education and within grammar. He had followed a series of essays referred to as the “grammar wars” in issues of the Atlantic monthly. The battle was characterized as one of descriptivists vs prescriptivists, that is, the new way of using grammar to merely describe how people speak and write vs. the old way of using grammar to train people to speak and write well.

“We were ignorant and wanted to learn,” said David. They were not only ignorant of the controversy, but also about making a documentary. But, having raised $25,000 through KickStarter – most of it from teachers who had benefited from Elizabeth’s work – David purchased some middle of the line equipment and paid for some hours of over-coffee conversations with people who knew how to film. Filming wasn’t too hard, but he learned later that post-production work was beyond him. “We should have been more ambitious in our Kickstarter campaign!”

They were surprised by how easy it was to get interviews with big names in the controversy.  They started with John McWhorter, cultural commentator and professor of linguistics at Columbia University. “Once he agreed, it opened the doors to others.” But David and Elizabeth were humbled and surprised by the interviews. “When we started, we were motivated by the desire to defend prescriptive against descriptive grammar. But the conversations showed us how intelligent, reasonable, and above us all the thinkers were.” It also revealed that the major thinkers didn’t disagree as much as they had thought. “Everyone interviewed agreed that standard English should be taught, except the education professor, who saw teaching standard grammar as imposing a power structure. The others recognized that standard English is the language you need to succeed.”

David and Elizabeth learned a lot about grammar and language. “Grammar debates are not like mathematics, where there is a clear difference between correct and incorrect answers. Standard English is a preferred dialect, but its usage is not always simply right. For example, in other languages, double negatives are standard.” They point out that what is standard in English has changed over time. Change is so natural to language that it has patterns. Garner’s Modern American Usage details five stages of language change, from when some usage is a mistake to when it becomes widely accepted.

“In spite of the agreement on the need to teach standard English, many linguists are oblivious as to the actual consequences of their denigration of Standard English.” David pointed me toward one segment of bonus footage available from the documentary. After hearing from Bryan Garner about the importance of grammar for maintaining the literary traditions of standard English, and Steven Pinker about the impossibility of actually slowing down the change taking place in usage, the camera turns to a student at the University of Minnesota in the linguistics department and the education department, who was uncomfortable with the idea of teaching standard grammar at all. “Of course, there is more than mere linguistic anti-prescriptivism behind the student's hostility toward Standard English and literacy, but it has had an impact on her.”

Elizabeth and David are happy that their efforts are helping those who want to teach grammar make it fun and fruitful for their students. “Even more than its practical effects, grammar shows you how beautiful and interesting language is.”