How can we raise a generation of students capable of defending themselves from contemporary sophistry—in the media, in schools, in politics? Join Drs. Andrew Seeley and Jeffrey Lehman as they discuss Dorothy Sayers' still-timely essay, "The Lost Tools of Learning" and its impact on the revival of classical learning and liberal arts education. 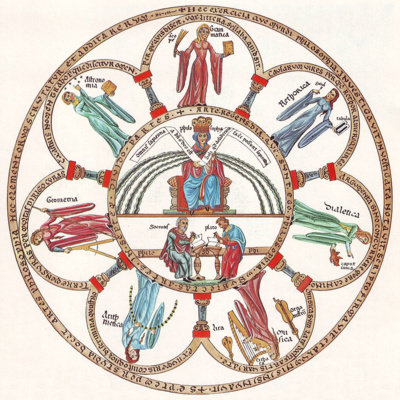 "Scorn in plenty has been poured out upon the mediaeval passion for hair-splitting; but when we look at the shameless abuse made, in print and on the platform, of controversial expressions with shifting and ambiguous connotations, we may feel it in our hearts to wish that every reader and hearer had been so defensively armored by his education as to be able to cry: "Distinguo."

For we let our young men and women go out unarmed, in a day when armor was never so necessary. By teaching them all to read, we have left them at the mercy of the printed word. By the invention of the film and the radio, we have made certain that no aversion to reading shall secure them from the incessant battery of words, words, words. They do not know what the words mean; they do not know how to ward them off or blunt their edge or fling them back; they are a prey to words in their emotions instead of being the masters of them in their intellects. We who were scandalized in 1940 when men were sent to fight armored tanks with rifles, are not scandalized when young men and women are sent into the world to fight massed propaganda with a smattering of "subjects"; and when whole classes and whole nations become hypnotized by the arts of the spell binder, we have the impudence to be astonished. We dole out lip-service to the importance of education--lip- service and, just occasionally, a little grant of money; we postpone the school-leaving age, and plan to build bigger and better schools; the teachers slave conscientiously in and out of school hours; and yet, as I believe, all this devoted effort is largely frustrated, because we have lost the tools of learning, and in their absence can only make a botched and piecemeal job of it." Read the entirety of Sayers' address, given at Oxford in 1947, here. (Sayers did also write detective stories!) "The Left Should Defend Classical Education"