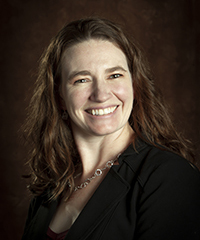 Shannon Valenzuela shares something in common with two of the heroes of the current liberal arts renewal. Like Tolkien and Lewis, she is both a respected professor of literature, a creative fiction writer, and one who cares deeply about the formation of the imagination. Shannon is an affiliate assistant professor of humanities and literature at the University of Dallas, and teaches in the Master’s of Classical Education program. She is a medievalist by training and well-versed in the classical epics, lyric poetry, and drama. She is also a science fiction writer whose stories include freedom-fighting assassins and bureaucratic memory-wipers. She is not only a novelist but also an award-winning screenwriter. She is the writer, director, and producer of “The Quest”, a documentary-style miniseries that draws on stories from Scripture, history, and literature to explore the Christian life as a narrative of joyful courage in the gathering darkness of this world.

Shannon has been a writer since she was young. She chose an academic track in graduate school rather than a Master of Fine Arts degree because she found that learning to read and teach stories critically helped her own creative writing. Conversely, her creative writing gives her insights into great writers and their works – how they structure, compose, etc. For example, her work as a screenplay writer allowed her to appreciate the battlefield scenes in The Iliad in a new way. “Homer has an eye like the best of today’s directors of war movies. He realizes you can’t effectively imagine a battle on its grand scale. To feel its tragedy, you need to get into the mud of the field, and to get a glimpse, however brief, of the personal story of someone whose life is suddenly cut down by the spear. The gods may see men as pawns on a chessboard, but Homer profoundly presents the human perspective.”

Shannon finds screenwriting challenging compared to novel writing. “The novel is expansive. You are the master of your world. You can take the time to tell the story as you would like. You only have to consider yourself and your reader. The screenwriter, like the lyric poet, is limited by its form. You have to be very economical. You are one part of a process. You are making a blueprint, like an architect, knowing that the final form of your work will be determined by many other hands. I find that artistic collaboration exciting as well.” The toughest challenge for her lies in the difficulty of showing what is going on inside the characters. “Interiority cannot be presented with the ease of a novel. We always want to see the interior development of a character, and the thought and emotion that lies behind decisions they make.” 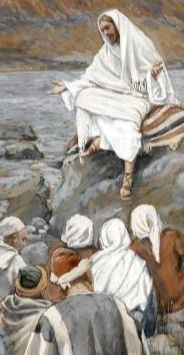 Her writing also affects her teaching, because she always wants her students to learn to enjoy the works they are studying. “We can forget that in our desire to glean wisdom from these authors. They do express wisdom, but it operates through delight.” She strongly believes that people relate to one another through stories, and so delight in listening to stories is crucial for our human development. “We come to know our grandparents by listening to their stories; we come to know God by hearing His story of salvation. We come close to Christ by imbibing his parables.”

Being affected by stories also opens the way to critical thought about them. Shannon encourages her students to develop essay topics by asking themselves, “What surprised me, what delighted, shocked, or excited me? What do I want to spend time thinking through and sharing?”

Experiencing delight in reading rich works can be hard, especially for the young of today immersed from early on in visual entertainment. Receiving an author’s words demands an active imagination, but the visual medium provides a substitute, so that the imagination is never developed. “If you are not able to use your imagination, your ways of engagement with the world are diminished. In a very practical way, your ability to make prudent decisions is hampered if you are unable to imagine forward, to consider the different ways things might work out.”

Training the imagination becomes one of the most important tasks of education. “We owe it to ourselves as human beings, especially with technological developments.” She believes that classical liberal arts education fosters imaginative growth in many ways, such as through poetry memorization, exercises in narration, and training in the fine arts. Reading aloud to children from a young age is a natural way to activate and form their imaginations. 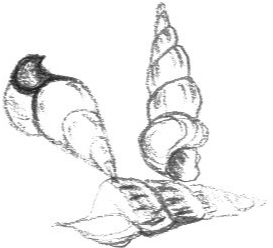 As a teacher, she works to get her students to slow down, to pay more attention, to notice more, to be more precise in description, and to use accurate vocabulary to communicate it so that others can picture things as they have. When she taught middle school science, she would have each student sketch a seashell. When they turned them in to her, she would send them back to notice and include more details that they had missed. She would take her screenwriting students outside to a particular location, and have each one describe it according to the mood of the genre of their project - fantasy, horror, thriller. Later they read their descriptions aloud, noticing the differences in vocabulary and style used to express the same location from different imaginative standpoints.

Shannon believes that we are involved in a fight for the imagination. “We are what we consume. As we need to be mindful of what we eat because of its effect on our bodies, we need to be mindful of what images we consume. The imagination is powerful. We all have experiences of images that linger within us and color our experience of the world. In The Voyage of the Dawn Treader, Lewis explores the consequences of an education which neglects the imagination. As he puts it, ‘Eustace had read only the wrong books. They had a lot to say about exports and imports and governments and drains, but they were weak on dragons.’” Shannon does all she can to make sure her students are strong on dragons.