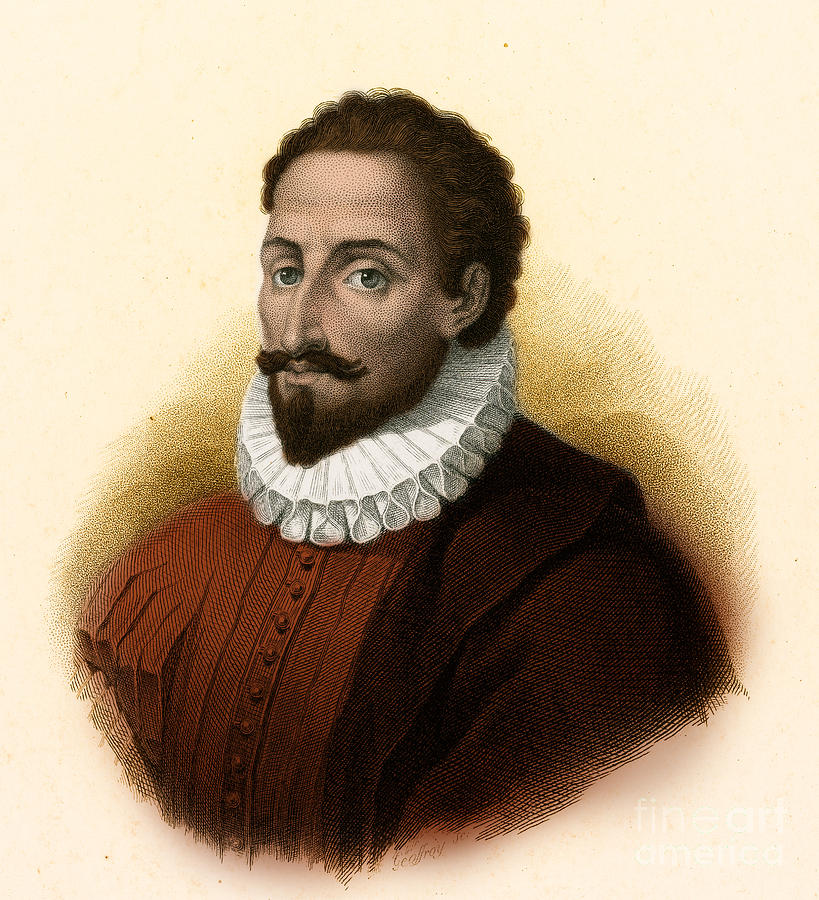 Miguel Cervantes’ masterpiece, Don Quixote, was considered “the final and greatest utterance of the human mind” by Doestoevsky, and was voted the best book ever written in a survey of top authors. Cervantes begins his prologue by speaking to the “Idle Reader”; the work presents a sustained reflection on the impact that the new reading culture had on 17th century Spanish society. Near the end of volume one, a learned clergyman reflects on the good, bad, and ugly of fictional writing, in words from which today’s creative writers can learn.

The canon and his servants were surprised anew when they heard Don Quixote's strange story, and when it was finished he said, "To tell the truth, senor curate, I for my part consider what they call books of chivalry to be mischievous to the State; and though, led by idle and false taste, I have read the beginnings of almost all that have been printed, I never could manage to read any one of them from beginning to end; for it seems to me they are all more or less the same thing; and one has nothing more in it than another; this no more than that.

“And in my opinion this sort of writing and composition is of the same species as the fables they call the Milesian, nonsensical tales that aim solely at giving amusement and not instruction, exactly the opposite of the apologue fables which amuse and instruct at the same time. And though it may be the chief object of such books to amuse, I do not know how they can succeed, when they are so full of such monstrous nonsense. For the enjoyment the mind feels must come from the beauty and harmony which it perceives or contemplates in the things that the eye or the imagination brings before it; and nothing that has any ugliness or disproportion about it can give any pleasure.

“What beauty, then, or what proportion of the parts to the whole, or of the whole to the 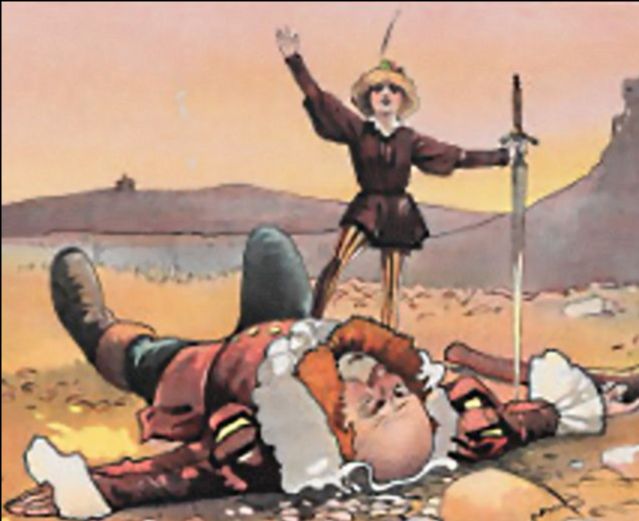 parts, can there be in a book or fable where a lad of sixteen cuts down a giant as tall as a tower and makes two halves of him as if he was an almond cake? And when they want to give us a picture of a battle, after having told us that there are a million of combatants on the side of the enemy, let the hero of the book be opposed to them, and we have perforce to believe, whether we like it or not, that the said knight wins the victory by the single might of his strong arm. And then, what shall we say of the facility with which a born queen or empress will give herself over into the arms of some unknown wandering knight? What mind, that is not wholly barbarous and uncultured, can find pleasure in reading of how a great tower full of knights sails away across the sea like a ship with a fair wind, and will be to-night in Lombardy and to-morrow morning in the land of Prester John of the Indies, or some other that Ptolemy never described nor Marco Polo saw?

“And if, in answer to this, I am told that the authors of books of the kind write them as fiction, and therefore are not bound to regard niceties of truth, I would reply that fiction is all the better the more it looks like truth, and gives the more pleasure the more probability and possibility there is about it. Plots in fiction should be wedded to the understanding of the reader, and be constructed in such a way that, reconciling impossibilities, smoothing over difficulties, keeping the mind on the alert, they may surprise, interest, divert, and entertain, so that wonder and delight joined may keep pace one with the other; all which he will fail to effect who shuns verisimilitude and truth to nature, wherein lies the perfection of writing.

“I have never yet seen any book of chivalry that puts together a connected plot complete in all its numbers, so that the middle agrees with the beginning, and the end with the beginning and middle; on the contrary, they construct them with such a multitude of members that it seems as though they meant to produce a chimera or monster rather than a well-proportioned figure. And besides all this they are harsh in their style, incredible in their achievements, licentious in their amours, uncouth in their courtly speeches, prolix in their battles, silly in their arguments, absurd in their travels, and, in short, wanting in everything like intelligent art; for which reason they deserve to be banished from the Christian commonwealth as a worthless breed."

The curate listened to him attentively and felt that he was a man of sound understanding, and that there was good reason in what he said; so he told him that, being of the same opinion himself, and bearing a grudge to books of chivalry, he had burned all Don Quixote's, which were many; and gave him an account of the scrutiny he had made of them, and of those he had condemned to the flames and those he had spared. 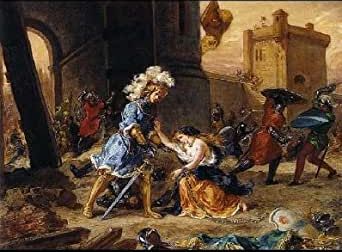 The canon was not a little amused, adding that though he had said so much in condemnation of these books, still he found one good thing in them, and that was the opportunity they afforded to a gifted intellect for displaying itself; for they presented a wide and spacious field over which the pen might range freely, describing shipwrecks, tempests, combats, battles, portraying a valiant captain with all the qualifications requisite to make one, showing him sagacious in foreseeing the wiles of the enemy, eloquent in speech to encourage or restrain his soldiers, ripe in counsel, rapid in resolve, as bold in biding his time as in pressing the attack; now picturing some sad tragic incident, now some joyful and unexpected event; here a beauteous lady, virtuous, wise, and modest; there a Christian knight, brave and gentle; here a lawless, barbarous braggart; there a courteous prince, gallant and gracious; setting forth the devotion and loyalty of vassals, the greatness and generosity of nobles.

"Or again," said he, "the author may show himself to be an astronomer, or a skilled cosmographer, or musician, or one versed in affairs of state, and sometimes he will have a chance of coming forward as a magician if he likes. He can set forth the craftiness of Ulysses, the piety of Aeneas, the valour of Achilles, the misfortunes of Hector, the treachery of Sinon, the friendship of Euryalus, the generosity of Alexander, the boldness of Caesar, the clemency and truth of Trajan, the fidelity of Zopyrus, the wisdom of Cato, and in short all the faculties that serve to make an illustrious man perfect, now uniting them in one individual, again distributing them among many; and if this be done with charm of style and ingenious invention, aiming at the truth as much as possible, he will assuredly weave a web of bright and varied threads that, when finished, will display such perfection and beauty that it will attain the worthiest object any writing can seek, which, as I said before, is to give instruction and pleasure combined; for the unrestricted range of these books enables the author to show his powers, epic, lyric, tragic, or comic, and all the moods the sweet and winning arts of poesy and oratory are capable of; for the epic may be written in prose just as well as in verse."